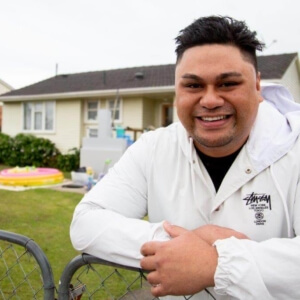 NZBS depends on its selfless donors year-round to help those in need and NZBMDR is no different.

In a heartbeat’s story

Every day 6 children and adults in New Zealand are diagnosed with a blood cancer like leukaemia, lymphoma, myeloma or a related blood condition – diseases that prevent the blood cells from maturing and functioning properly. For many of these patients, chemotherapy and blood transfusions can control their disease, but for others, the best and only hope for a cure is a bone marrow transplant.

The bone marrow is known as the body’s blood cell ‘factory’. It’s the tissue inside the bone cavity which produces and maintains a supply of blood stem cells. A bone marrow transplant infuses donated stem cells into a patient to replace diseased bone marrow and restore the healthy production of blood cells.

Unlike donating blood, ethnic backgrounds play an important role in bone marrow donations. It is of paramount importance that the bone marrow donor and the patient have matching tissue types. Because tissue types are inherited, the patient is most likely to match someone in their close family, like a brother or a sister. The closer the tissue types match, the better the chances of a successful transplant.

However, only one in three patients has a matched (tissue type) family member. If a match is not found in the family, the New Zealand Bone Marrow Donor Registry (NZBMDR) is responsible for recruiting volunteer donors who are willing to donate their bone marrow to a matched patient anywhere in the world – a procedure New Zealand Blood Service (NZBS) happily steps in to assist with as both organizations work very closely with one another through NZBS’s tissue typing laboratory and transplant centres nationwide.

NZBS depends on its selfless donors year-round to help those in need and NZBMDR is no different.

Tom, a 28-year-old Tongan Maori and father of three beautiful children started donating blood at the age of 26; he signed up with NZBS as a whole blood donor through his church – a tight knit group of about 60 people who get together annually to donate blood to those in need.

It was during this time that NZBS asked Tom if he was willing to join the NZBMDR as it urgently seeks to recruit males with a non-European ancestry. Maori and Pacific Island patients at home and around the world rely on donors from NZ and other Pacific communities to step up and donate for those in need – donors like Tom.

Having joined the registry, Tom got a call with what was against all odds – he was a ‘potential match’ for a patient with bone marrow cancer, and with the full support of his whānau he instantly agreed to further testing as he was eager to save a life. As soon as the match was confirmed, he signed up for the donation without skipping beat.

“There was no question about it, I was a match and the patient needed me. I said, ‘sign me up!’”, says Tom.

Prior to the bone marrow donation, Tom had daily injections of Granulocyte-colony Stimulating Factor (GCSF), a natural hormone that stimulates healthy bone marrow to overproduce stem cells. This overproduction inherently spills into the donor’s blood stream which then makes it possible for it to be collected by NZBS donor centres in Auckland and Christchurch.

Tom recalls arriving at the Epsom donor centre, calm and happy to have his partner there with him for the procedure which consisted of him lying down on a comfy bed with a needle inserted in each of his arms. The first needle drew blood from his arm into a machine that removed the sought after healthy stem cells while the remainder of the blood was then gently returned to Tom through the second needle.

Four hours later, the procedure was complete and he knew his good deed was for a greater cause – this patient didn’t just need anybody’s help, he needed Tom’s (who was the best matched donor for the patient in need) and he was more than willing to help.

“Even though I was so positive, I was so very relieved when I got the call to say he was on his way to recovery from receiving my donation! I got a letter from the patient and his wife saying thank you for giving him a second chance at life. He said he was most grateful and it was late last year, so he was happy to be able to enjoy Christmas and New Years with his family. It was an amazing feeling!”, says Tom.

“I encourage anyone out there who has the opportunity to become a bone marrow donor to do so, especially if you’re Maori or Pacific Islander. I’d do it again, in a heartbeat.”