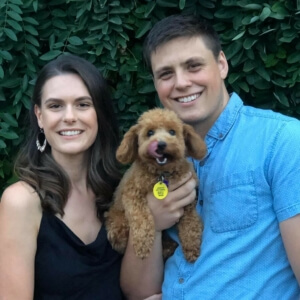 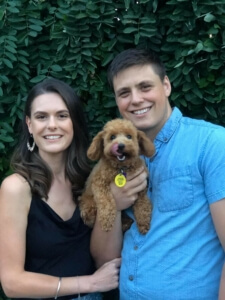 For St. John Ambulance mechanic Taylor Ngakoma Harper, saving lives is a part of his every day life. So when he was approached about joining the New Zealand Bone Marrow Donor Registry (NZBMDR) he didn’t hesitate to join.

As a young, healthy male between 18 and 40 of age, with Māori ancestry, Taylor belongs to a group of preferred bone marrow donors in New Zealand. This is because ethnicity and ancestry plays  a crucial role in the matching of tissue types between a donor and a patient. Māori, Pacific Islanders and other ethnic minorities are underrepresented on the global bone marrow donor registry, which is why donors like Taylor are so important. Without bone marrow donors like him, many patients from these ethnicities would not have access to lifesaving matches.

It was an easy decision for him to make, and one that eventaully helped save a life.

Taylor had been giving back to his community as a blood and plasma donor for years. In fact he was in the midst of giving a lifesaving plasma donation when a New Zealand Blood Service nurse noted that he could be a perfect candidate for donating bone marrow, and asked if he would be willing to register.

“I was just giving plasma one day and then one of the nurses there asked if I knew what the Bone Marrow Donor Registry was,” Taylor says. “She asked me if I wanted to put my name on the Registry and I thought ‘yeah, why not?’”

So after 10 years giving blood and plasma, Taylor embarked on a journey to save a life in a different kind of way.

Bone marrow donation is a critical part in helping to save the lives of those diagnosed with blood conditions such as lymphoma and leukaemia. For many patients with these conditions, a bone marrow transplant is the best and only hope for a cure.

Because of the complexity of matching donors with patients, the process of confirming a match is extremely throrough.

“It took a while between signing up and donating. They first contacted me and said I might be a potential match, then sent me to get some tissue typing done which involved getting some blood taken. Then they sent that off, and that came back as a match,” Taylor explains.  Not long after, Taylor travelled to Auckland for more detailed testing including additional tissue typing, x-rays and tests to confirm the match.

Once confirmed, Taylor was asked to partake in four weeks of preparation before his donation date. This entailed injecting himself throughout that time with a special medication that increased the production of his stem cells in his bone marrow.

“For the actual donation itself, I was on the donation bed for about four hours and it was quite similar to giving a blood donation,” he continues. Despite the lengthy process, Taylor felt that the sacrifice of his time was absolutely worth it to help save a life.

“You know, I kind of view it as ‘why wouldn’t I do it?’,” says Taylor. “I think it’s cool to have had the opportunity to help someone like that.”

Each year, approximately 50 New Zealanders need the help of a bone marrow donor who is not related to them. Right now, the New Zealand Bone Marrow Donor Registry is committed to actively enrolling male donors between the ages of 18 and 40, who are of Māori or Pacific Islander descent.

New Zealand has one of the most culturally diverse populations in the world, including the highest proportion of Polynesian – which means donors like Taylor might not only be helping patients in New Zealand, but people of their culture all over the world.

To those potential bone marrow donors out there, Taylor says “What’s stopping you? If it was something someone needed, I would definitely consider donating bone marrow again.”